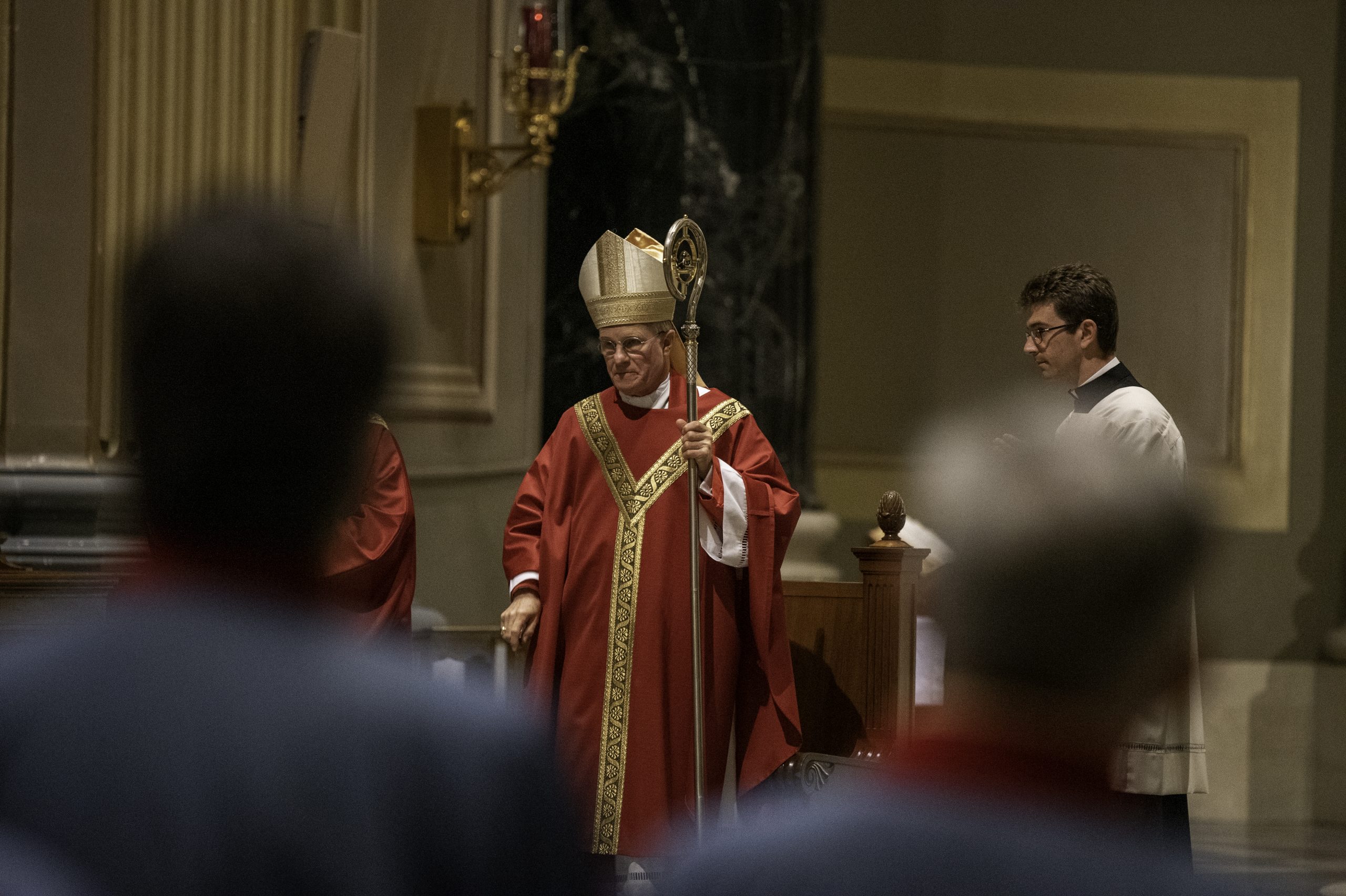 The Royal Commission for the United States of the Sacred Military Constantinian Order of St. George held an investiture of new knights and dames on September 17, 2022.  The Grand Master of the Order, His Royal Highness Prince Pedro of Bourbon-Two Sicilies, Duke of Calabria, presided over the investiture, which took place in the Cathedral Basilica of Saints Peter and Paul in Philadelphia.  The investiture Mass was celebrated by the Patron of the American Commission, the Most Reverend Timothy Broglio, Archbishop for the Military Services, USA.

At the investiture, His Royal Highness the Grand Master inducted 19 new knights and dames into the Order.  In addition, he awarded the Grand Cross Jure Sanguinis to Colonel Michael Andriani, former president of the Royal Commission for the United States, and the gold star (placca) to Osvaldo Marcenaro y Aguirre, Knight Jure Sanguinis and Chancellor of the Royal Commission.  He also awarded the silver star (placca) to Victoria Downey, Dame of Merit and Lieutenant of the Eastern Lieutenancy (United States) of the Equestrian Order of the Holy Sepulchre; Vincenzo La Ruffa, Knight of Merit; and Bennett Solberg, Knight of Merit.

While in Philadelphia, the Grand Master attended a formal dinner for members of the Constantinian Order at The Raquet Club of Philadelphia on the evening of September 17. At the dinner, Brian Horan, president of the American Commission, spoke about the important role of King Carlos III of Spain (formerly Grand Master of the Constantinian Order for 24 years) in helping the United States win its War of Independence.

The Grand Master also attended a dinner for the leadership of the American Commission of the Order at The Philadelphia Club on September 16.  On September 15, His Royal Highness attended as well a luncheon at The Union League Club of Philadelphia, organized by Dr. John Haas, Knight of Merit, president emeritus of The National Catholic Bioethics Center.

On Sunday, September 18, the Duke of Calabria visited the Shrine of St. John Neumann and attended Mass there.  During his visit to Philadelphia, he also was given private tours of Independence Hall, the American Philosophical Society, and the Museum of the American Revolution.  His Royal Highness returned to Madrid on September 19.