H.I. and R.H. The Archduke Johannes of Austria, invested Knight Grand Cross of Justice in Barcelona 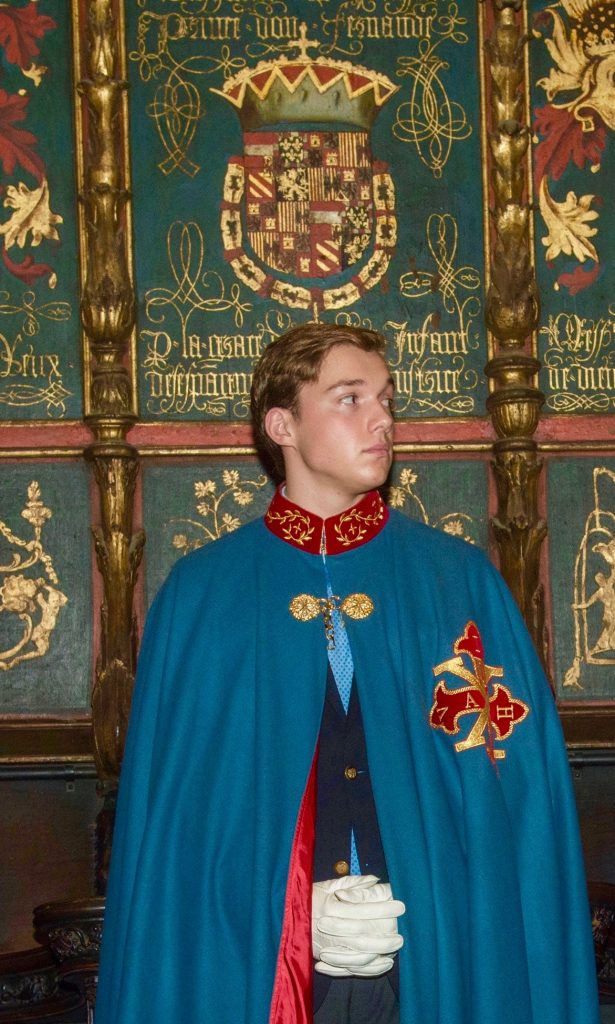 The Archduke Johannes was sworn in and received the endowment from his Uncle in a temple full of memories of other Archdukes of Austria, predecessors and in some cases homonyms.

H.I. and R.H. The Archduke John (Johannes) of Austria, Royal Prince of Hungary and Bohemia, was created knight of the Constantinian Order by his uncle, the Grand Master, during the Investiture Ceremony held at the Cathedral of Barcelona on Saturday 30th September. Archduke Johannes is the son of T.I. and R.H. The Archduke Simeon of Austria, President of the Royal Commission of the Order in Austria and Liechtenstein; and of the Archduchess Dona Maria, Princess of the Two Sicilies, Vice-President of the Royal Diputación de la Orden for the Royal Houses of Germany. 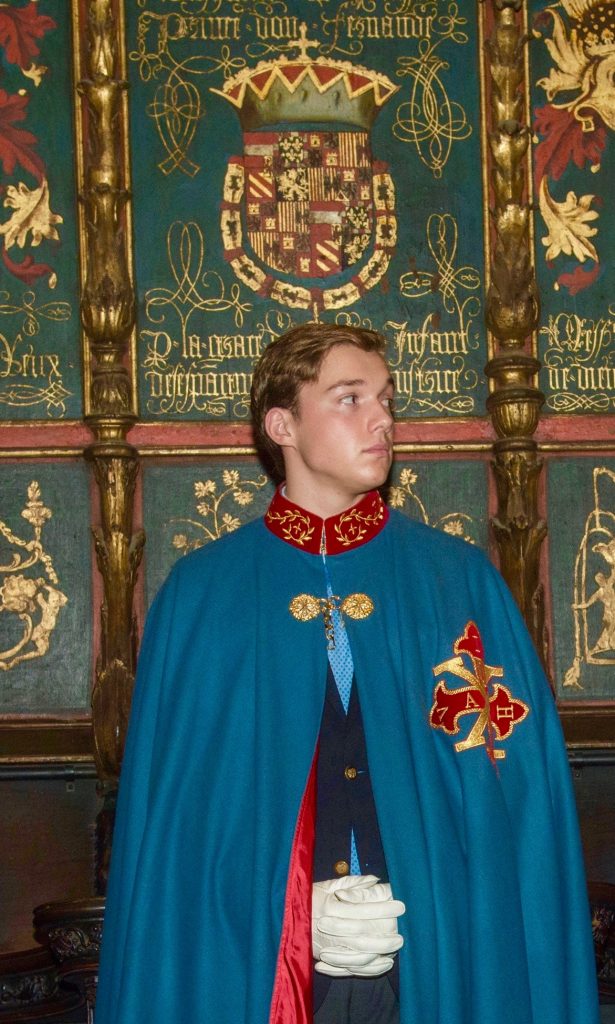 The Archduke took oath as knight on the Holy Gospels by the Vice-Grand Prior of the Constantinian Order, the Hon and Most Rev. Monsignor D. Jaume Traserra and Cunillera. After being covered with the coral mantle of the Order by his godfather, H.G. The Duke of Hornachuelos (G. of E.), President of the Royal Commission for Spain, H.I. and R.H. received from his uncle, H.R.H. The Duke of Calabria, Grand Master, the diploma and insignia of Knight Grand Cross of Justice.

Next, the Archduke Johannes was installed in the choir of the Cathedral, along with his new Brothers of Habit, occupying the seat of his ancestor the Archduke Ferdinand of Austria, Infant of Spain and later Roman Emperor, used during the XIX Chapter of the Order of the Golden Fleece, celebrated in same temple in 1519. 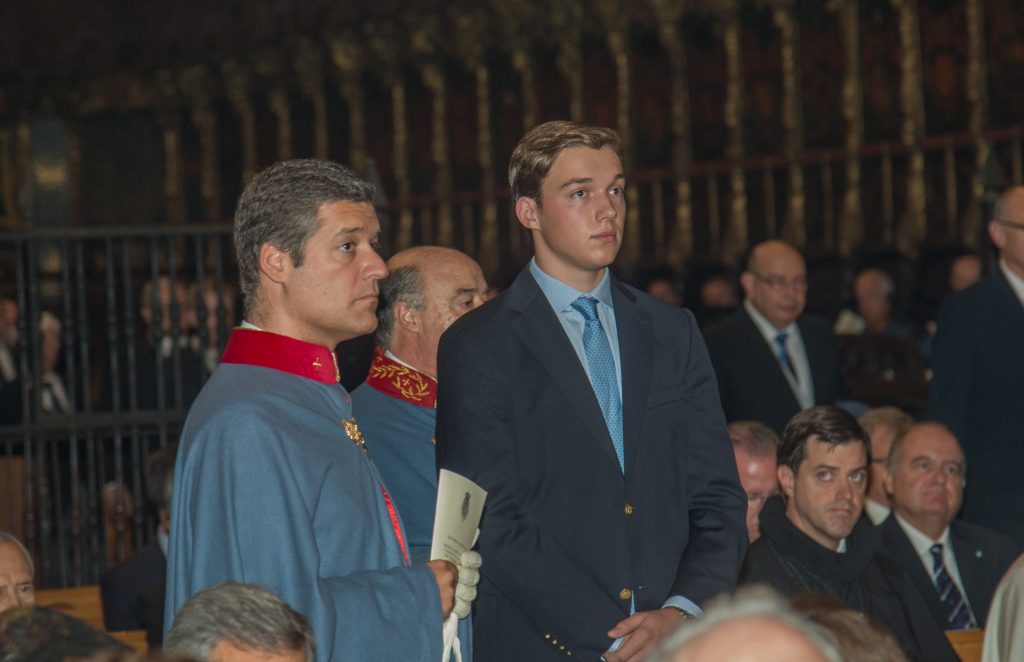 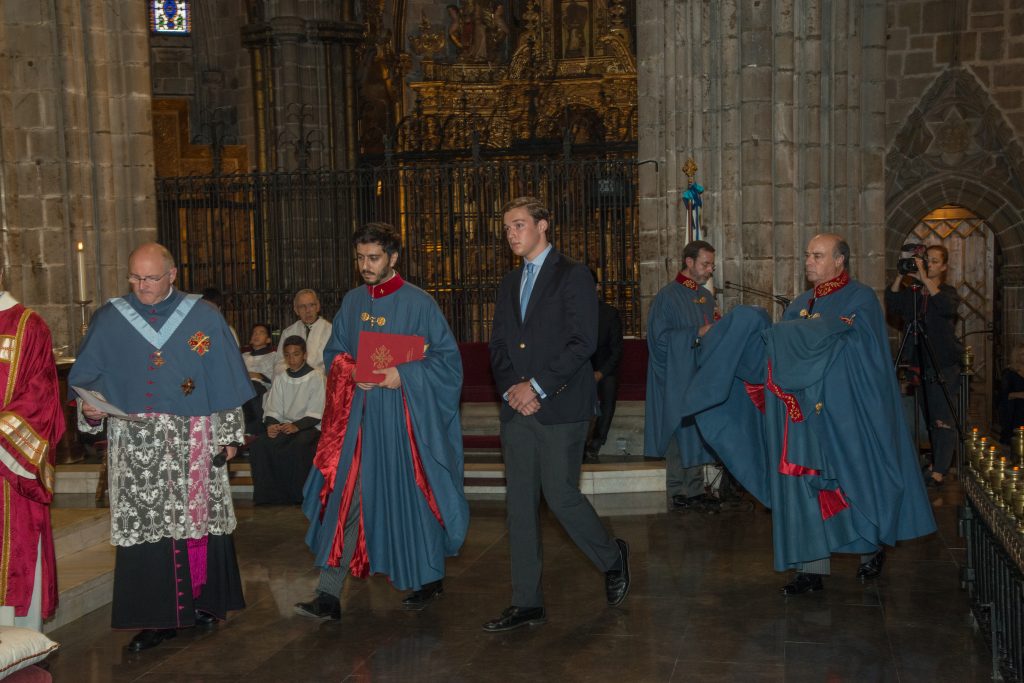 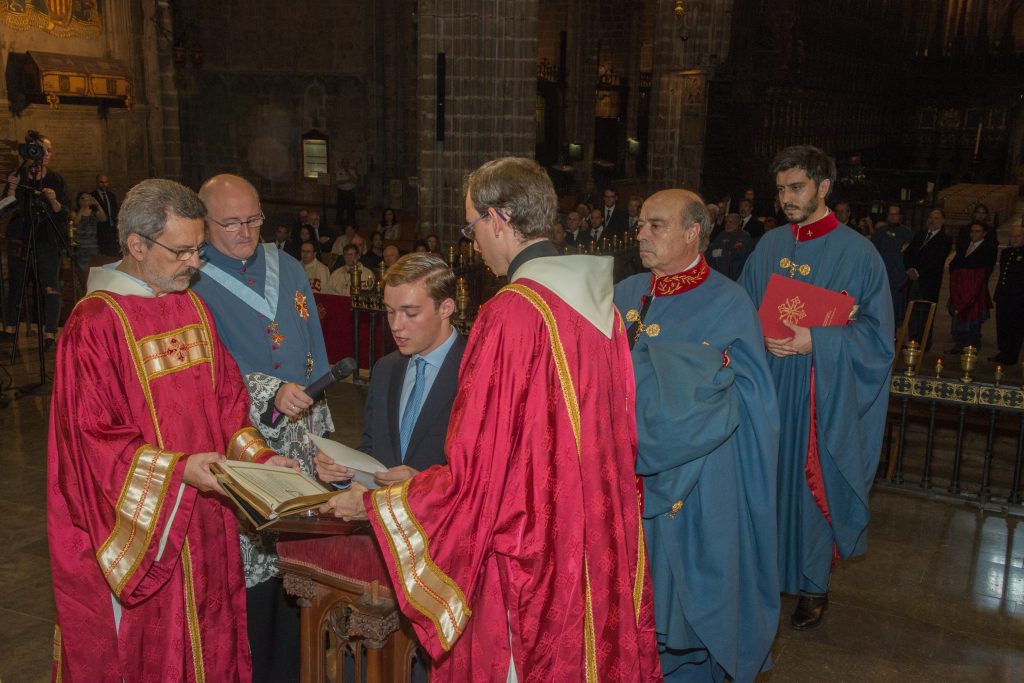 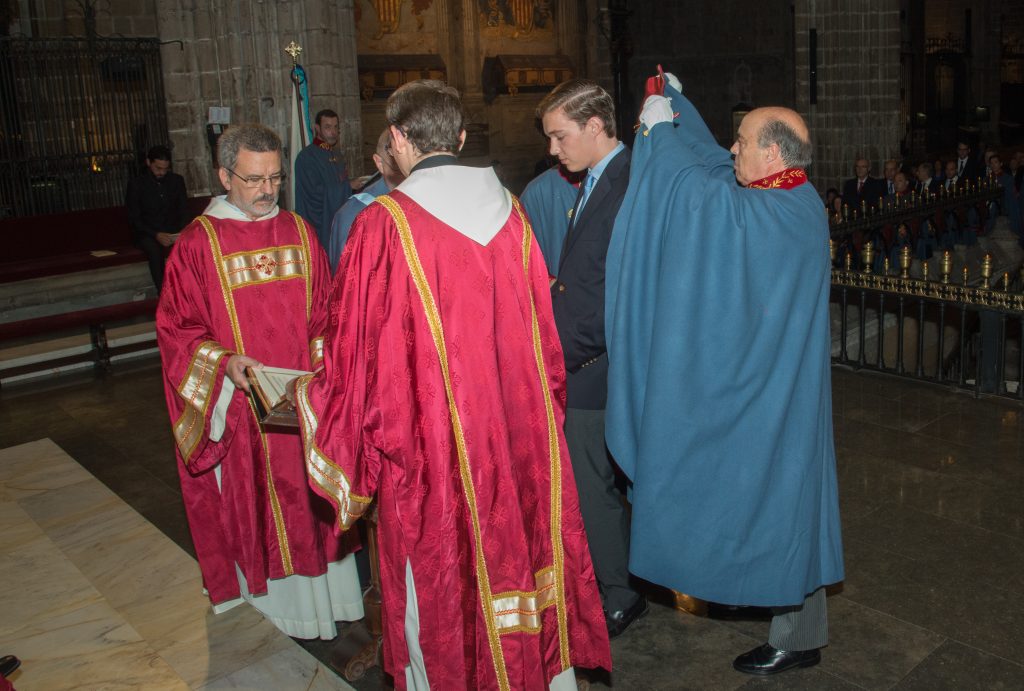 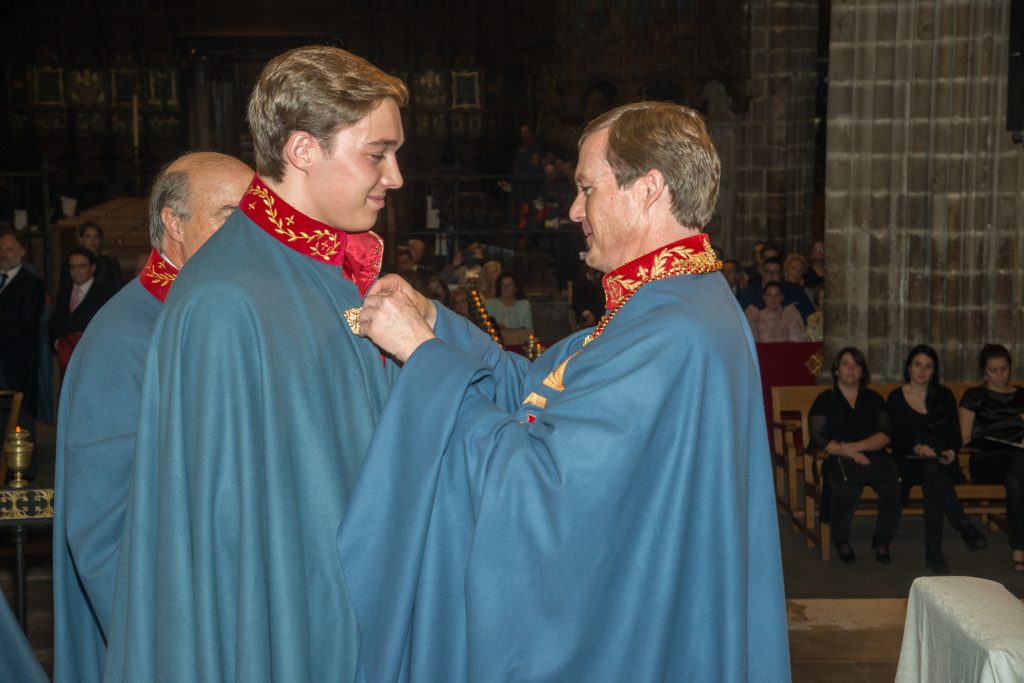 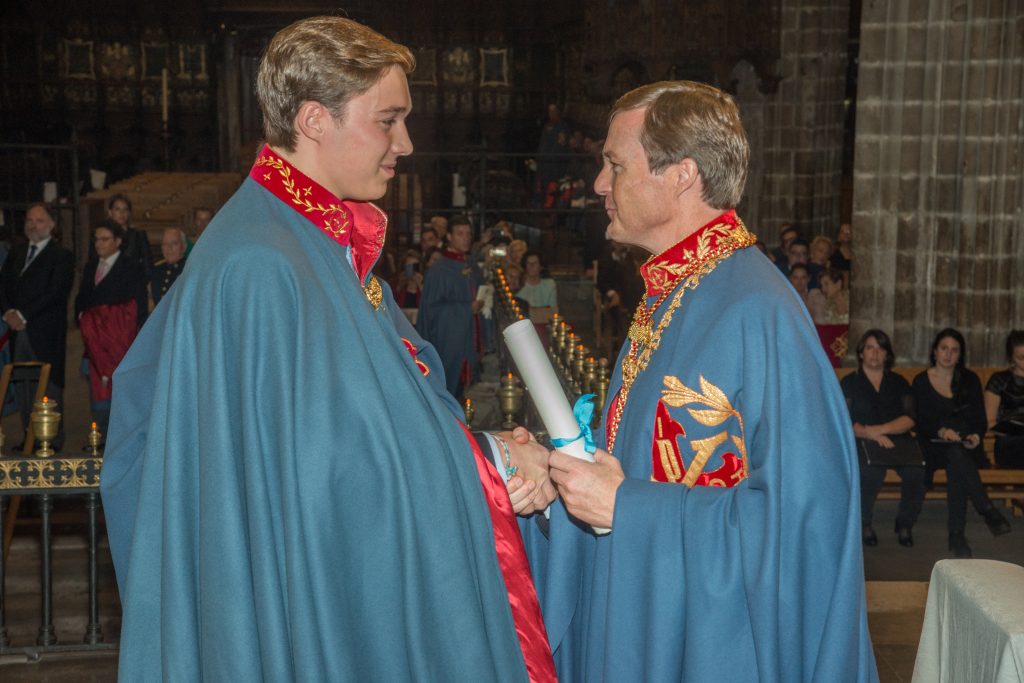 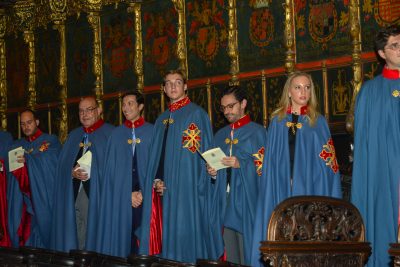 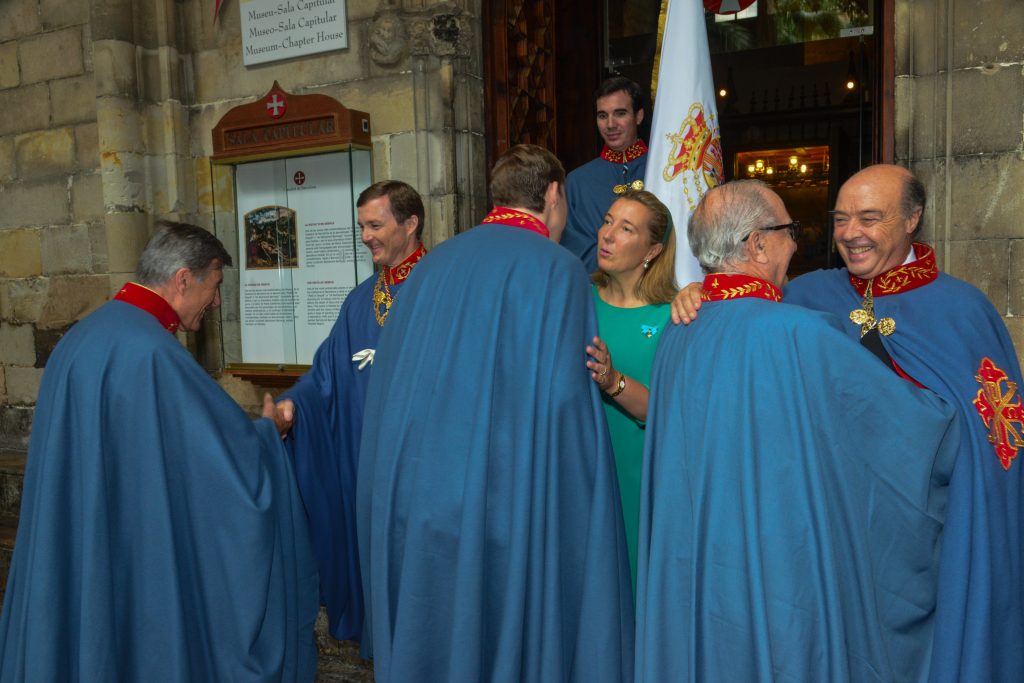 The Archdukes of Austria in Barcelona Cathedral 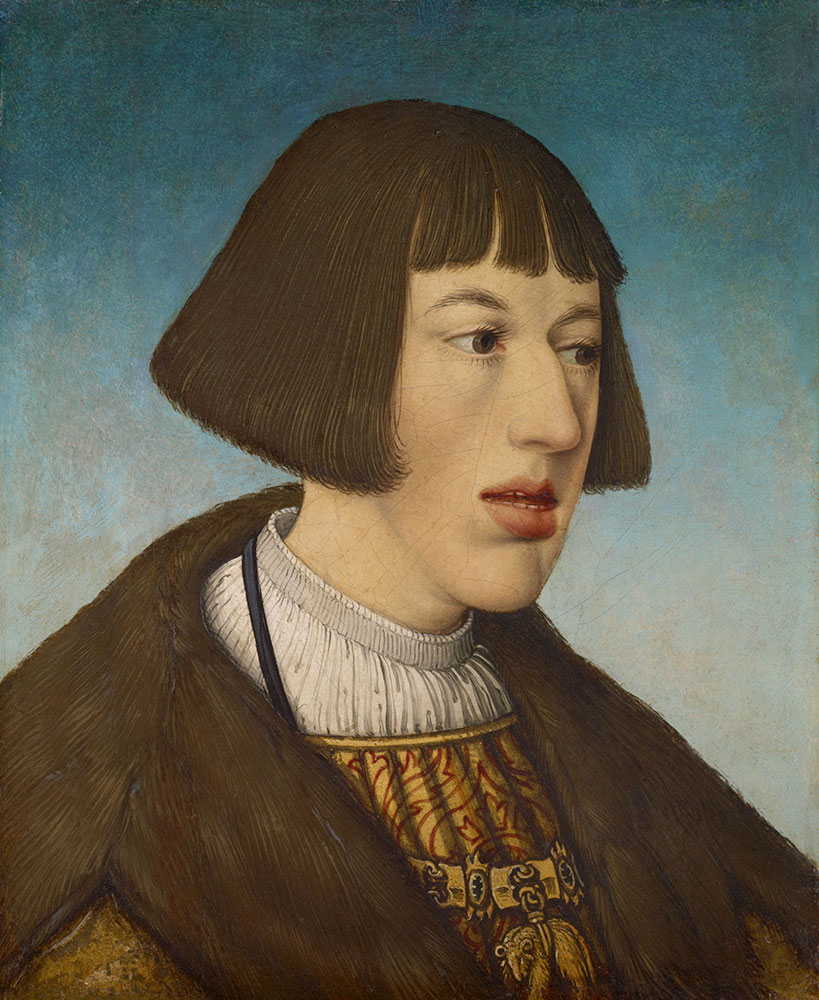 The Archduke Ferdinand of Austria, Infant of Spain (later Emperor Ferdinand I), who attended with his brother Charles I the 19th Chapter of the Order of the Golden Fleece held in Barcelona in 1519.

The Metropolitan Cathedral of Barcelona, under the patronage of Saint Eulalia and the Holy Cross, is the repository of numerous memories that link it to the House of Austria. In it was celebrated in 1519 the XIX Chapter of the Order of the Golden Fleece, presided by the then Archduke Charles of Austria, King of Spain, who shortly afterwards would become Roman Emperor. He knows the advent at this supreme elective dignity in Barcelona (being known thereafter as Charles V). During the Chapter and also during the funerals of Emperor Maximilian I held in Barcelona, Charles V was accompanied by his brother the Archduke Ferdinand, Infant of Castile and Aragon, then King of Romans and Holy Roman Emperor (“Ferdinand I”), and founder of the German Branch of the House of Austria.

The presence of Archdukes of Austria in the Cathedral was continuous during the almost two centuries in which the “Augustísima” House reigned over Barcelona, the Principality of Catalonia, the Crown of Aragon and the Monarchy of Spain. 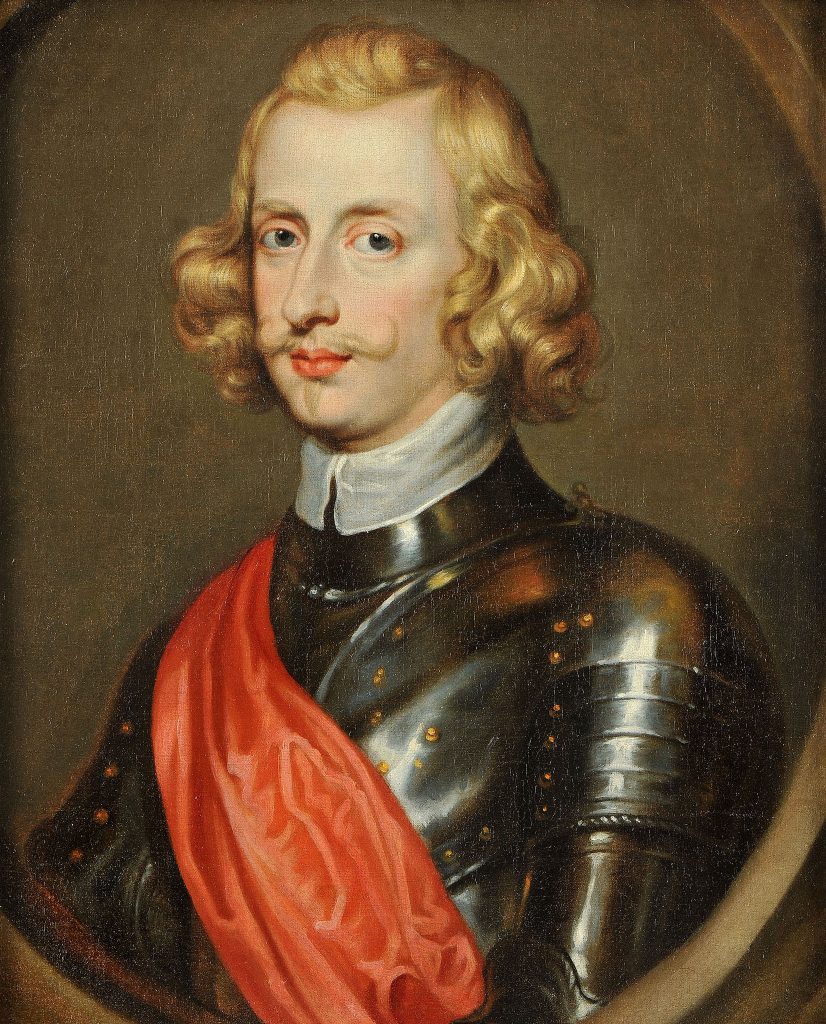 Cardinal Infant Don Ferdinand of Austria, Viceroy of Catalonia between 1632 and 1633.

In addition to the aforementioned Archduke Ferdinand, then Emperor; another Archduke of the same name left a deep mark on the History of Catalonia: Don Ferdinand of Austria, Infant of Spain and Cardinal, who was appointed in 1632 as viceroy and captain general of Catalonia by his brother Philip IV, swearing that eminent position in the Barcelona Cathedral.

However, the two John of Austria, members of the dynasty (who were not Archdukes and Infants, not being children of marriage), left a greater trace in the city and particularly in the See.

The first John (1545-1577) was the natural son of Charles V and brother of Philip II, the great victor of the battle of Lepanto against the Turks and hero of the dynasty, who visited the city on 4 occasions. Don Juan was viceroy of Naples and Governor General of the Netherlands, where he died in 1578. According to tradition, he offered to the Cathedral the carving of the Christ of Lepanto, which is kept in the Sanctissimus Chapel of the Cathedral.

The Christ of Lepanto, according to tradition, a gift from Don John of Austria 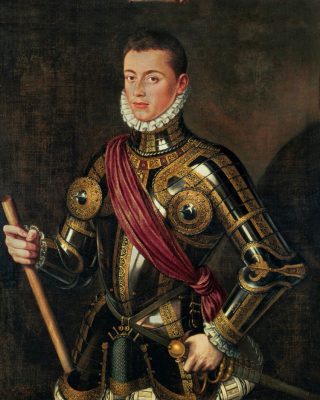 The second John of Austria (1629-1677), bastard son of King Philip IV, held the position of viceroy and captain general of Catalonia between 1653 and 1656, after having conquered the city from the French troops in 1652. Remembrance of the recovery of the city is the silver keys that, even today, hold in the hands of the image of Our Lady of the Conception, were given to Don John (Joseph) of Austria after the capitulation of Barcelona to the arms of his father.

Don John (Joseph) of Austria, Viceroy and Captain General of Catalonia between 1653 and 1656.

The Virgin of the Conception with the silver keys that were given to Don John Joseph de Austria in 165.

The investiture of Archduke Johannes as knight of the Constantinian Order in the Cathedral of Barcelona, perpetuated a long tradition of the presence of Archdukes in Barcelona, and now are 3 John of Austria whose memory will forever be linked to the first temple of the City of Barcelona. 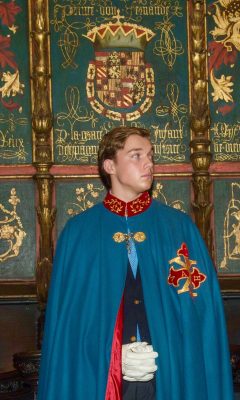