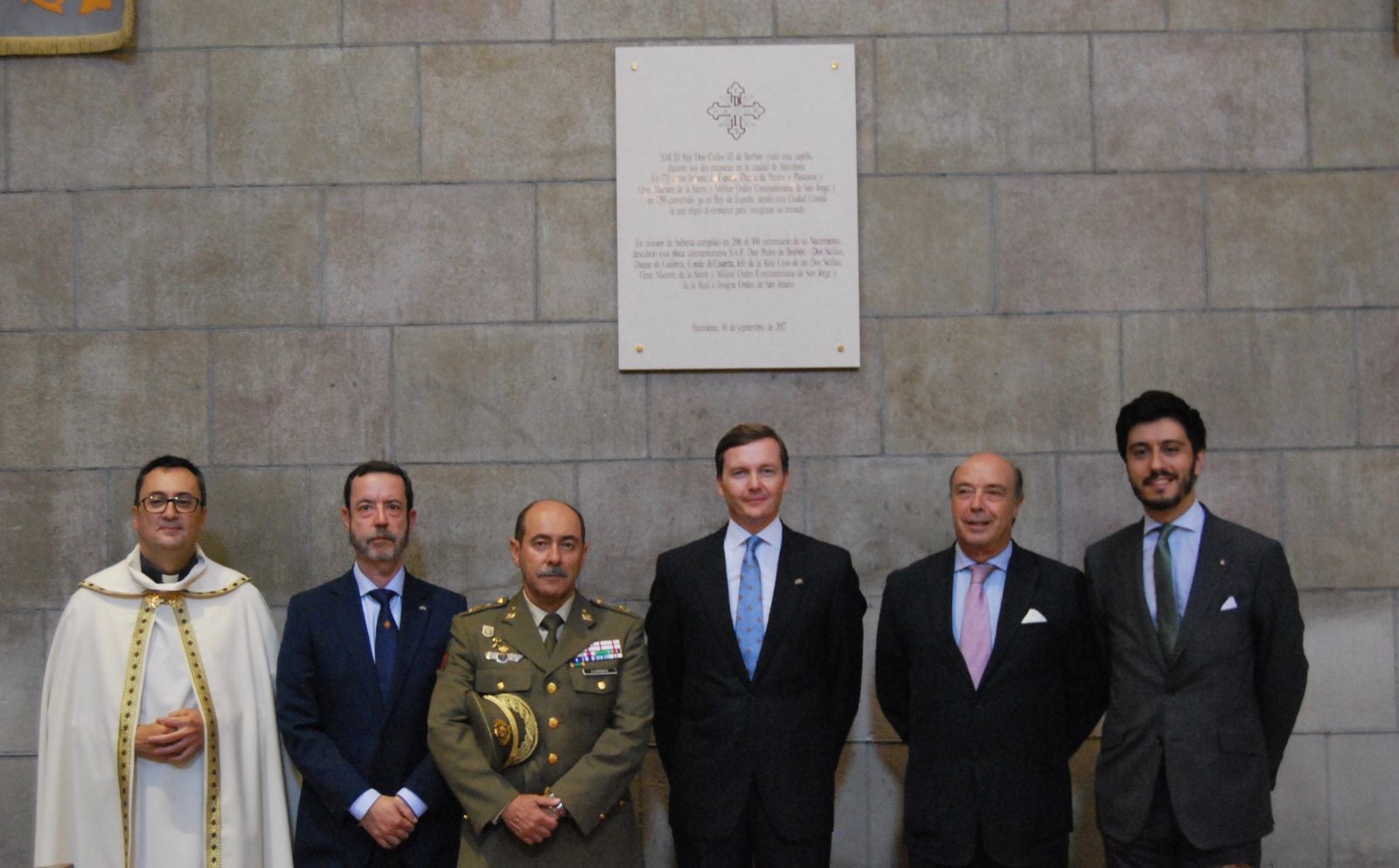 On the occasion of the celebration in 2016 of the 300th anniversary of the birth of King Don Charles III of Bourbon, Grand Master of the Constantinian Order, the Delegation of Catalonia commissioned a commemorative plaque that was placed in the MIlitary Church of Barcelona and was discovered by HRH The Duke of Calabria, Grand Master. 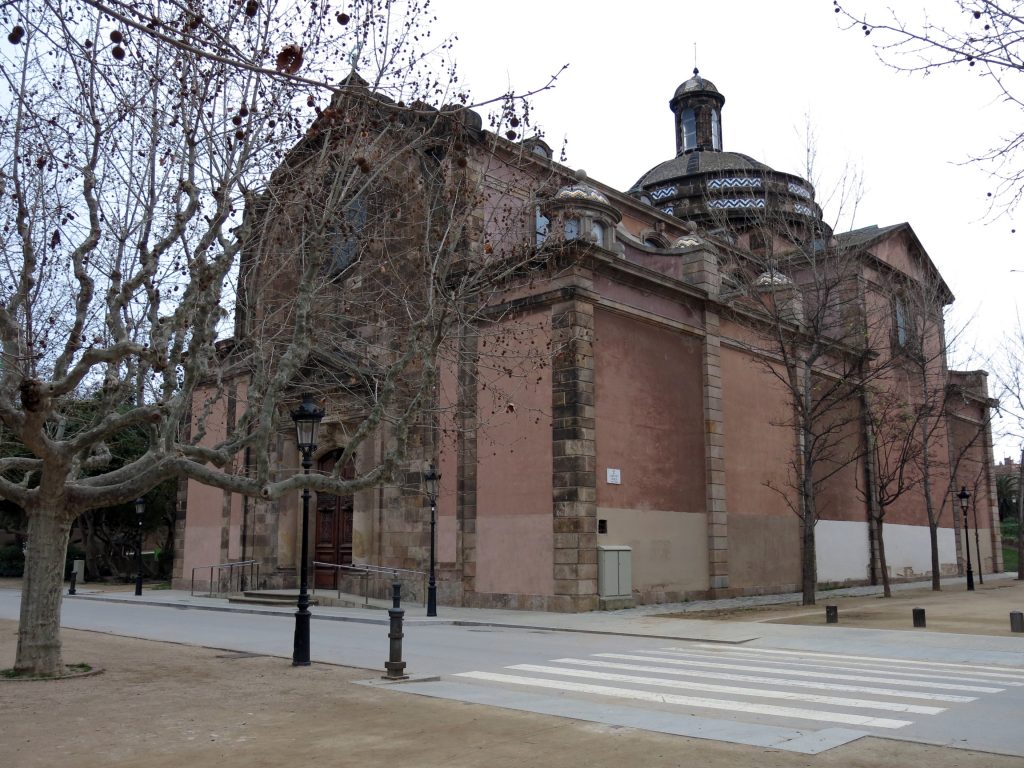 The Church of the Citadel of Barcelona, Castrense Parish. Headquarters of the Royal Delegation of Catalonia.

The plaque recalls the two visits the monarch made to the temple of the Citadel, the first in 1731, on his way through the city on the way to Italy, where the then very young Infant had to assume the Farnesian heritage; and the second in 1759, when he arrived in the city and became King of Spain. In this way, Barcelona was one of the first Spanish cities to receive the first Grand Master of the Constantinian Order belonging to the House of Bourbon, and the first to receive him as Grand Master Emeritus in 1759, having decided the Monarch that the city was the place where his Spanish reign inaugurated. 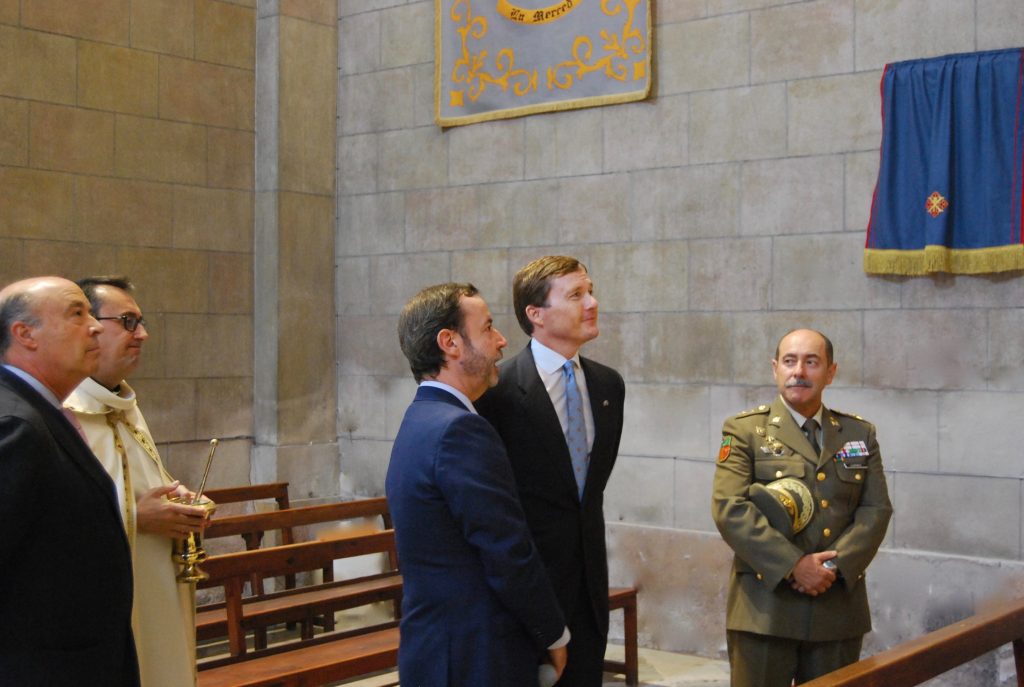 The Grand Master in the Constantinian Chapel of the Blessed Emperor 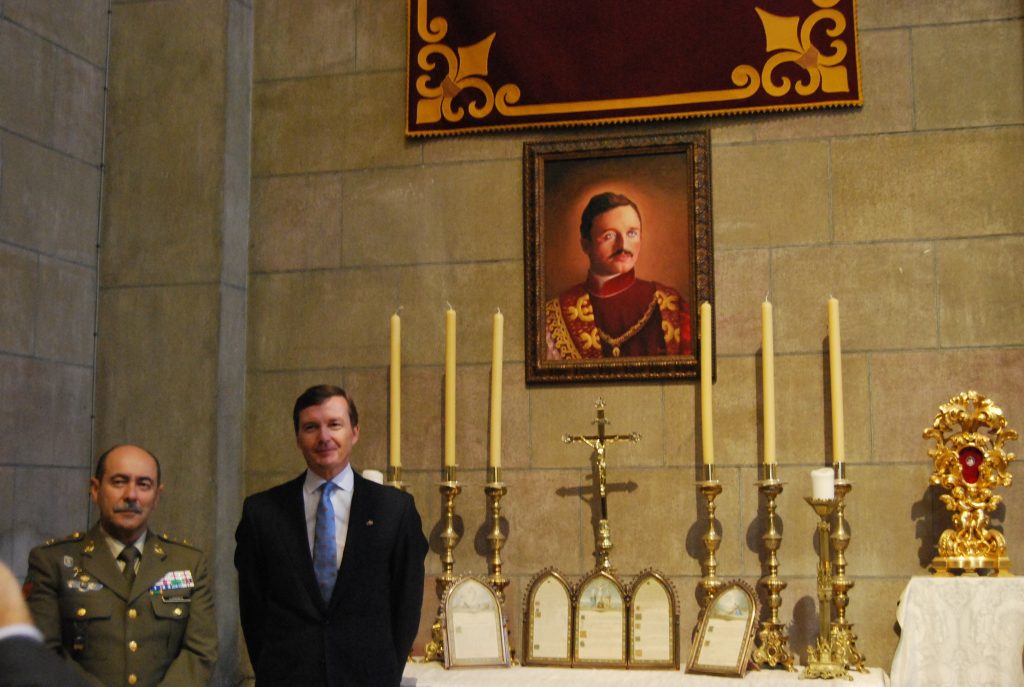 At the entrance of the temple, HRH was attended by the Most Rev. Mr. Manuel Lara Molina, Chief of the Religious Assistance Service of the Third General Sub-Inspectorate of the Army, Pastor of the Military Church of the Citadel and Chaplain of the Sacred Militia, who offered him the holy water.

Next HRH received the greeting of the Chief of the Third General Sub-Inspection of the Army, HE General D. Jesús Llorente y Vicente and of the Delegate of the Constantinian Order in Catalonia and Vice-President of the Royal Commission for Spain, HE D. Francesc-Xavier Montesa.

The ceremony was also attended by a group of Knights of the Order, among which include two of the neophytes who on Saturday 30 would enter the Sacred Militia at the ceremony held at the Cathedral of Barcelona: the Most Ils. and Rvd. Mr. D. Luis Enrique Martínez Galera, Chaplain; and the Most Ils. Mr. D. Rafael Marcos y Pardo, Knight.

After reading the Act of the Ceremony by the Secretary General of the Royal Commission for Spain, HRH discovered the plaque blessed then by Don Manuel Lara. Then the present authorities signed the Act. Before leaving the temple HRH The Grand Master asked those present for a prayer for the Constantinian Order and also for Spain in the hard situation because of the political instability in Catalonia. 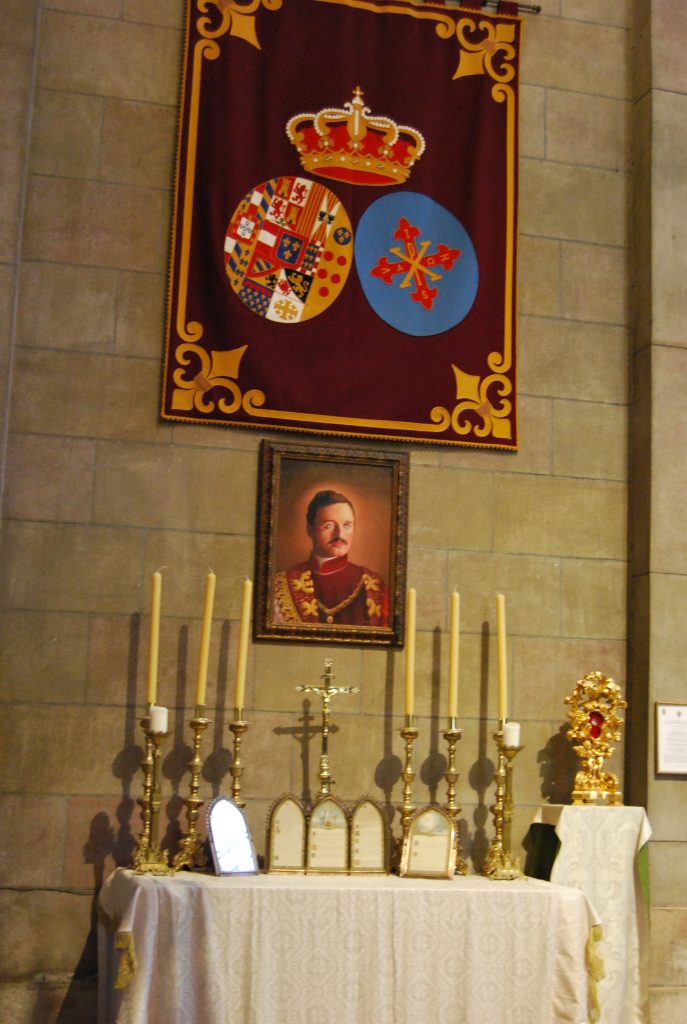 Constantinian Chapel of the Blessed Emperor 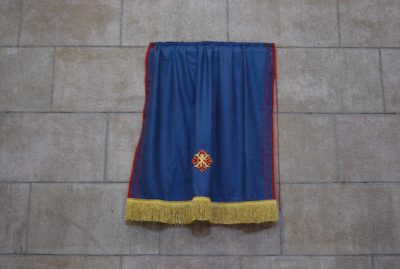 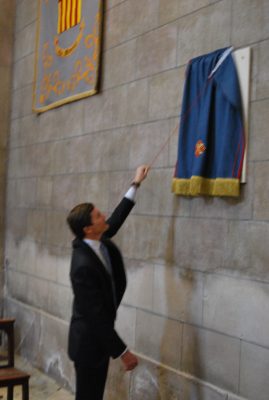 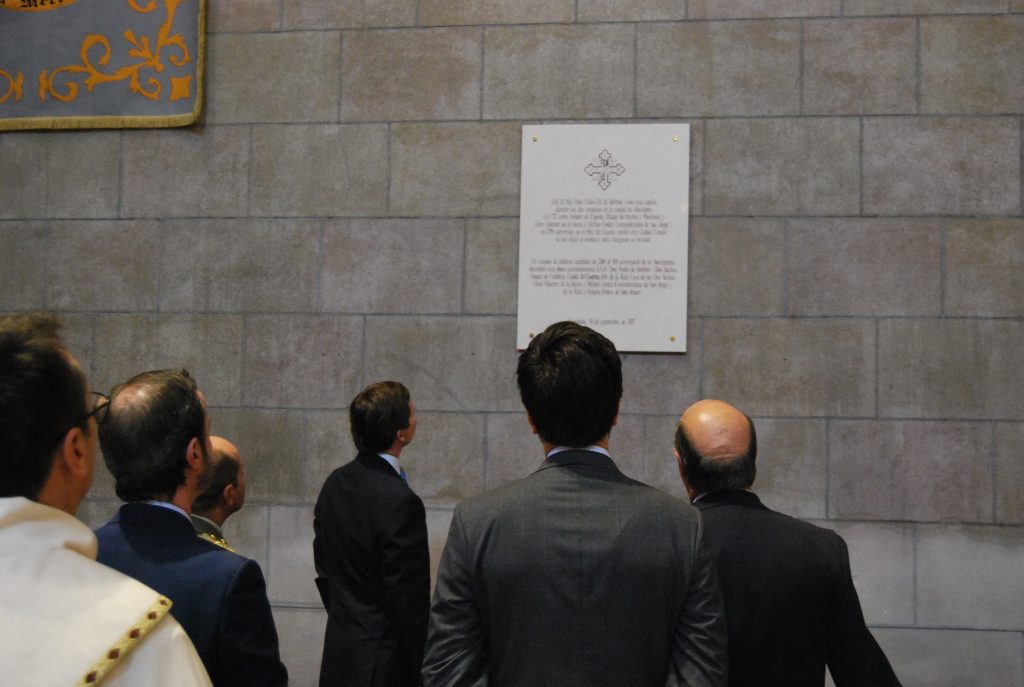 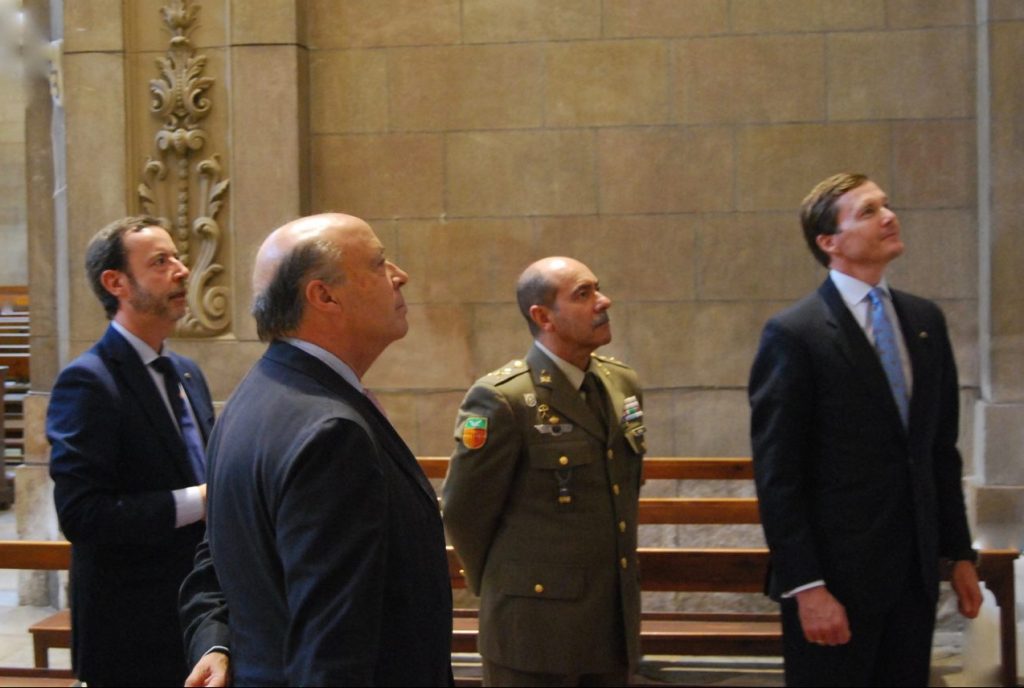 Text of the plaque:

during his two stays in the city of Barcelona.

In 1731 as Infant of Spain, Duke of Parma and Plasencia and

Grand Master of the Sacred and Military Constantinian Order of St. George;

in 1759 become King of Spain, being this City

the one the monarch chose to open his reign.

Sicilies, Duke of Calabria, Count of Caserta, Head of the Royal House of the Two

Sicilies, Grand Master of the Sacred and Military Constantinian Order of Saint

George and of the Royal and Insigne of San Januarius. 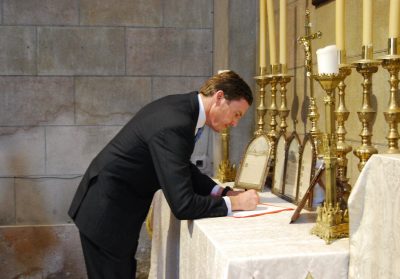 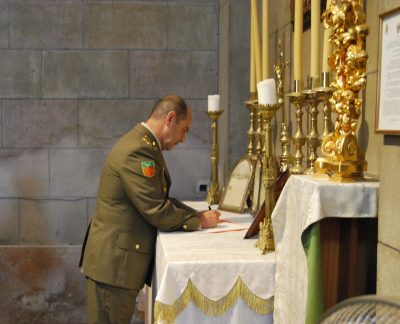 Don Manuel Lara, Conseliar of the Delegation of Catalonia, Chaplain of the Order and Rector of the Castrense Church signing the Ceremony Act 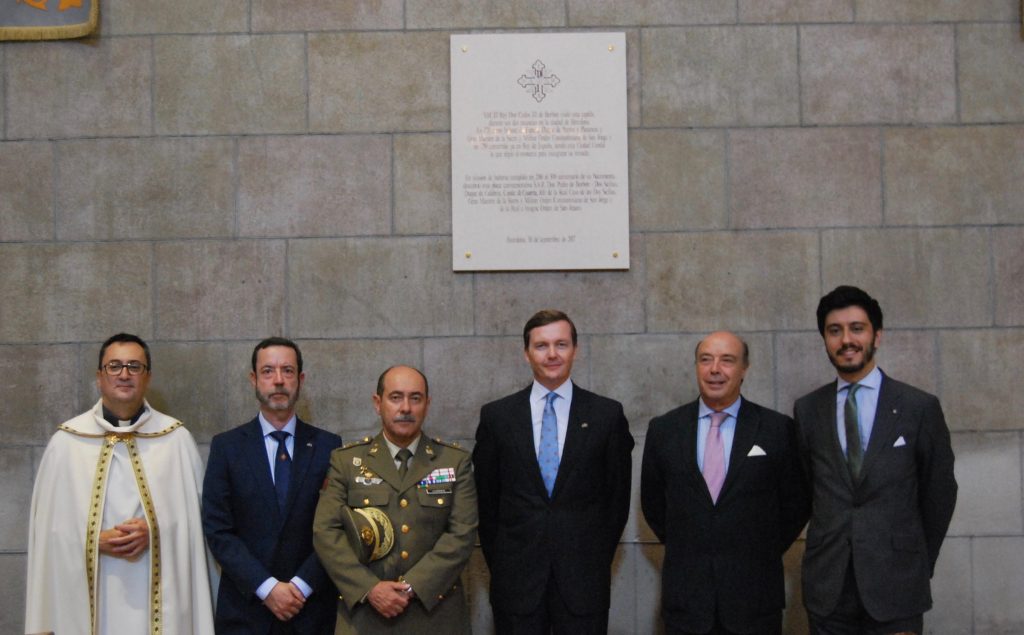 The Military Church of Barcelona, headquarters of the Delegation in Catalonia of the Constantinian Order

The Church of the Citadel of Barcelona was built along with the rest of the buildings in the old fortress built by Philip V after the War of the Spanish Succession, between 1716 and 1725. The design was the work of the military engineer Joris Prosper Verboom (1665- 1744), flemish engineer at the service of the Spanish Crown, created later Marquis of Verboom and knight of Santiago. 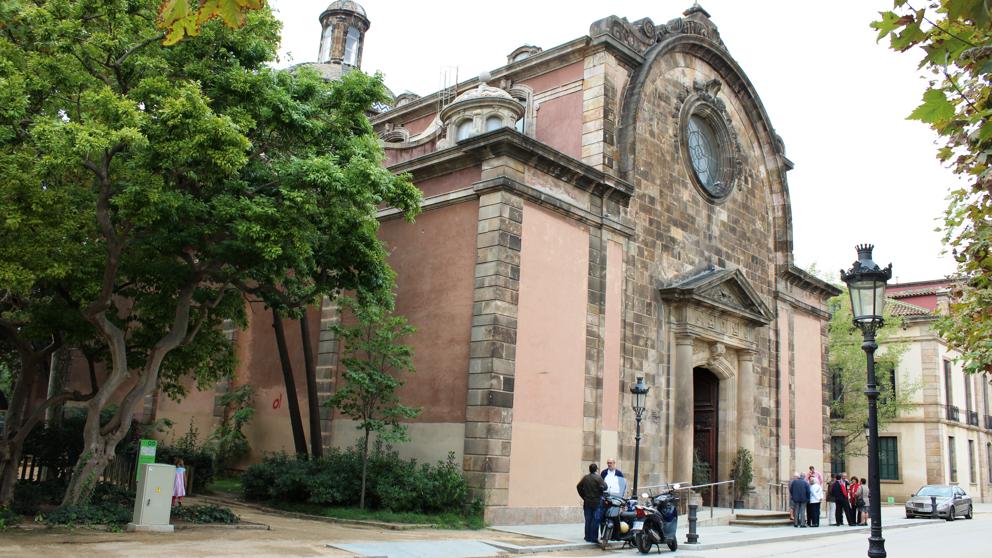 View of the Military Church

The temple is inspired by the French models prevailing in Flanders at that time, and although it suffered destructions during the French War and the last Civil War, it retains its structure and some important decorative elements (special mention deserves the original door).

Nowadays it is the Military Parish of Barcelona, under the jurisdiction of the Military Archdiocese of Spain. The church is dedicated to the Immaculate Conception, Marian advocation singularly linked to the Kings of Spain, who stood as defenders of the Immaculate Dogma centuries before the Holy See declared them as such.

Chapel of the Virgin of Montserrat in the interior of the Church, with the tapestry of coat of the arms of the Principality of Catalonia, royal coat of arms of Aragon

His connection with the armies is evident in the collection of tapestries and the invocations of the side chapels of the church. The first two lateral chapels of the temple, respectively next to the Gospel and the Epistle, show the tapestries of the 4 Spanish Military Orders (Santiago, Calatrava, Alcántara and Montesa), as well as the Old Nobiliary Military Corporations of the Principality: the Royal Body of the Nobility of Catalonia, the Royal Estate of the Principality of Gerona, and the Noble Chapter of the Knights of Merced. In the most prominent of these chapels, the first on the Gospel side, has been installed for 4 years a constantinian altar dedicated to Blessed Emperor Charles of Austria, whose relic can be venerated. The repository of the relic of the Blessed Emperor inaugurated the stable settlement of the Delegation of Catalonia in the Church of the Citadel, whose rector is consiliar of the Delegation and Chaplain Jure Sanguinis of the Sacra Militia.

The Two Sicilies Royal Family visits the Exhibition “Carlos de Borbón, de Barcelona a Nápoles” in Barcelona, on the anniversary day of proclamation of Charles III as King of Spain
31/07/2019
Búsqueda
Recent Posts
Go to Top