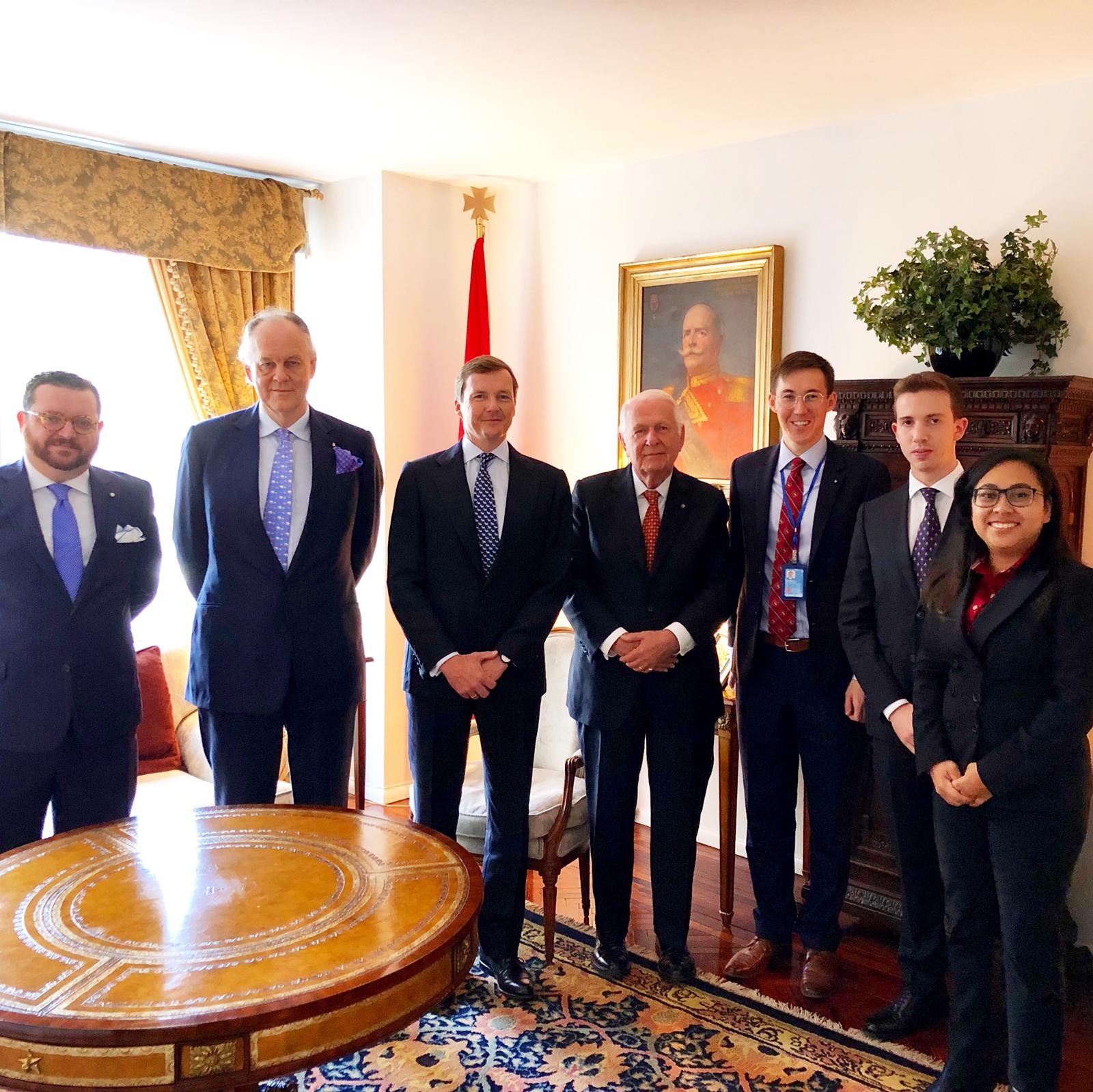 On 13 September HRH the Duke of Calabria, held several meetings with the diplomatic and consular corps accredited in New York. He had visited first the Embassy of the Sovereign Order of Malta to the United Nations, received by Amb. Robert Shafer. After he had visited the Consulate General of Spain in New York. The same evening the Prince attended a dinner at the Brook Club, organized in his honour by the Royal Commission of the United States of the Constantinian Order, in which also participated the Nuncio of His Holiness the Pope in the United Nations, the Ambassador of the Sovereign Order of Malta, Ms. María Bassols y Delgado, Ambassador Deputy Permanent Representative of Spain to the United Nations, Mr. Rafael Conde de Saro, Consul General of Spain in New York the Vice-Gran Chancellor of the Order, Mr. Guy Stair Sainty, among other prominent personalities.