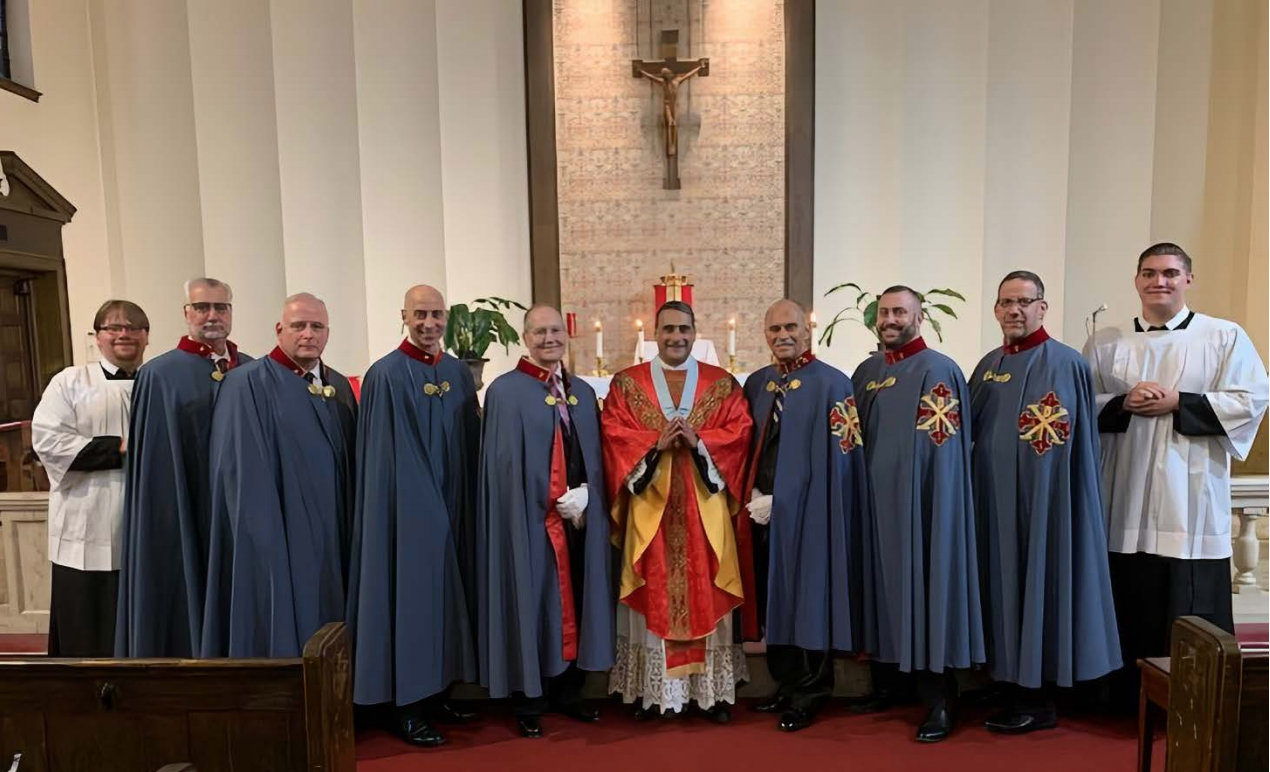 On Saturday September 14, 2020, at St. Thomas the Apostle Catholic Church in Washington, DC, HE Michael Andriani presided over the first ever ceremony celebrated in the United States by the USA Commission in commemoration of the Exaltation of the Cross. The ceremony was officiated by our Chaplain, Father Ricardo Mullins y Hernandez, KCHS, Chaplain of the Royal Commission of the United States. 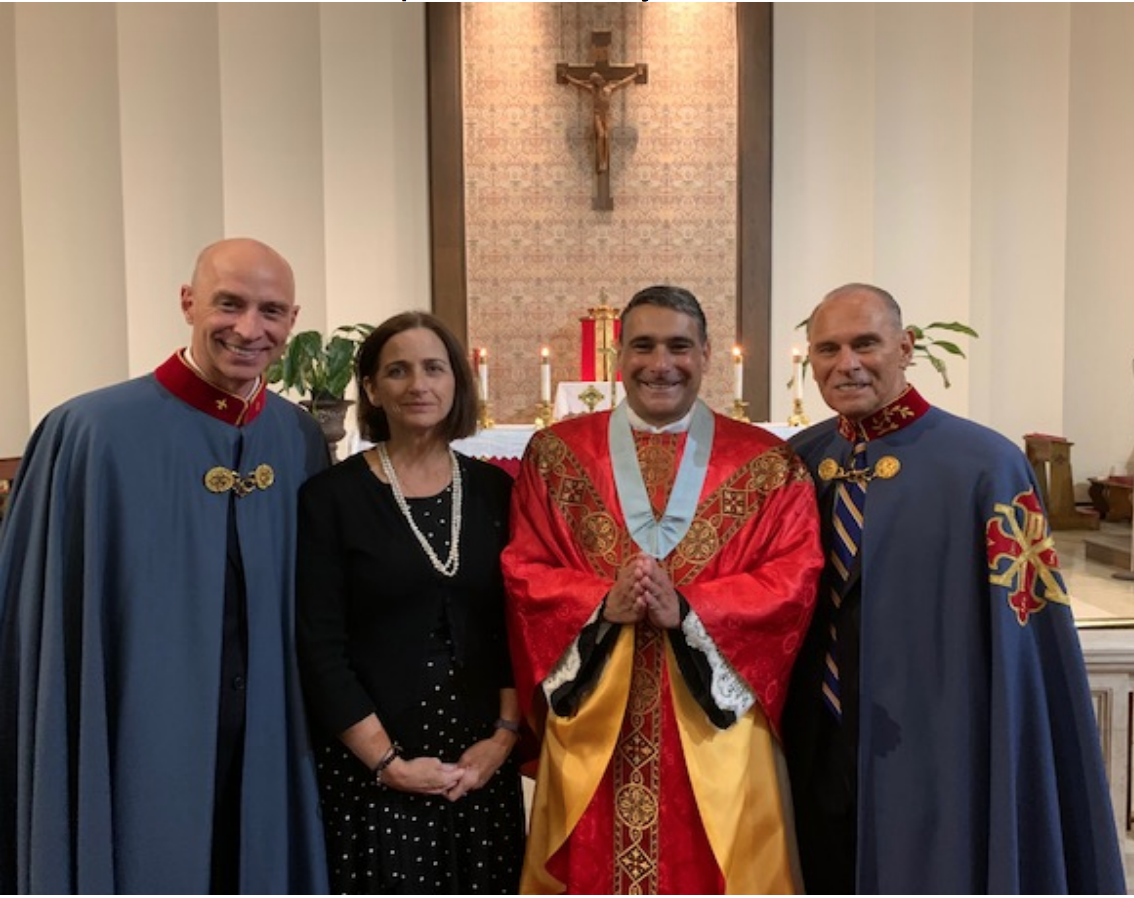 Pictured above from left to right is Mr. and Mrs. Stephen Higgins, Father Richard Mullins y Hernandez, and HE Michael Andriani, President of the USA Commission. 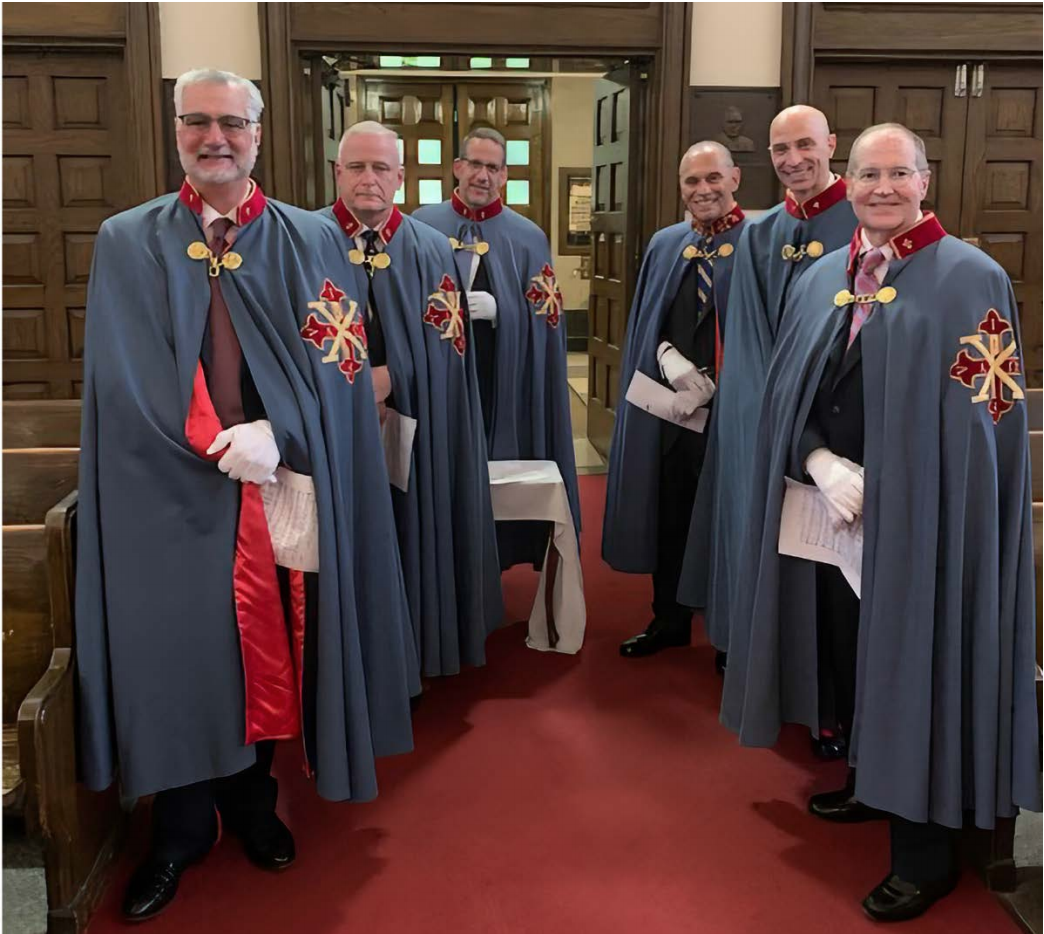 Knights getting ready to process at St. Thomas the Apostle Church, Washington, DC. 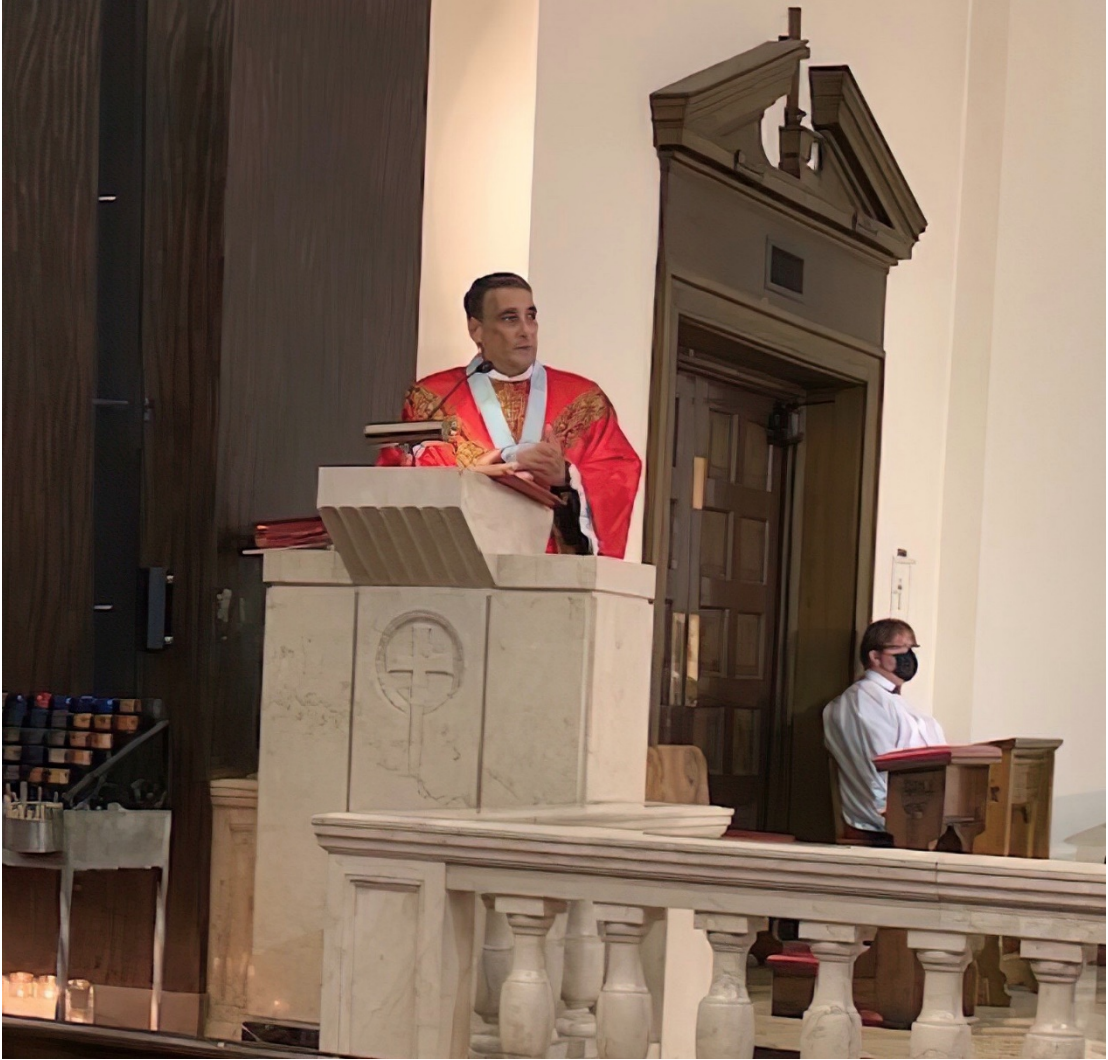 Father Mullins opened the homily with a letter to the USA Commission written by H.E. Guy Stair Sainty, Vice Grand-Chancellor of the Order in commemoration of the Mass of the Exaltation of the Cross.

Following the Investiture Mass, a delightful dinner was held at The Petit Monde restaurant in Washington, DC. 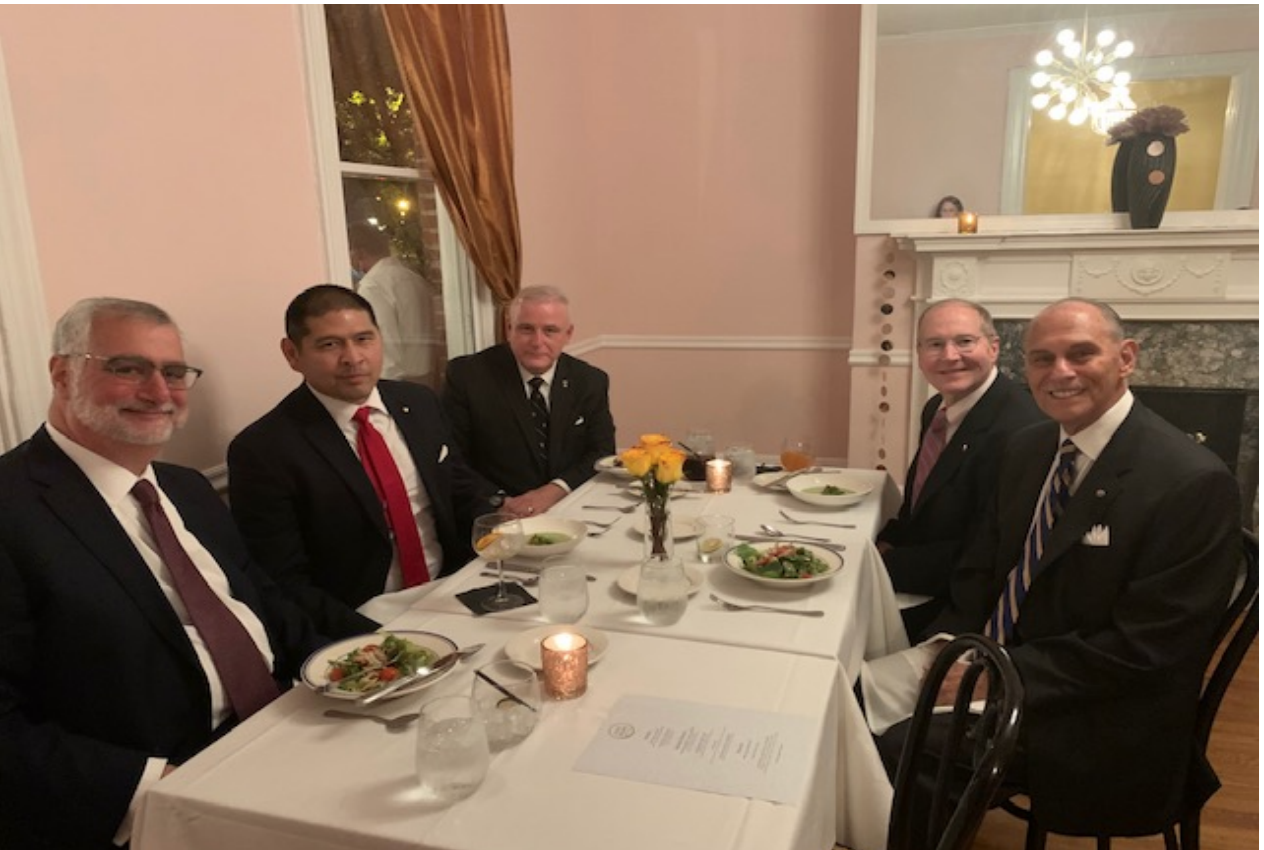 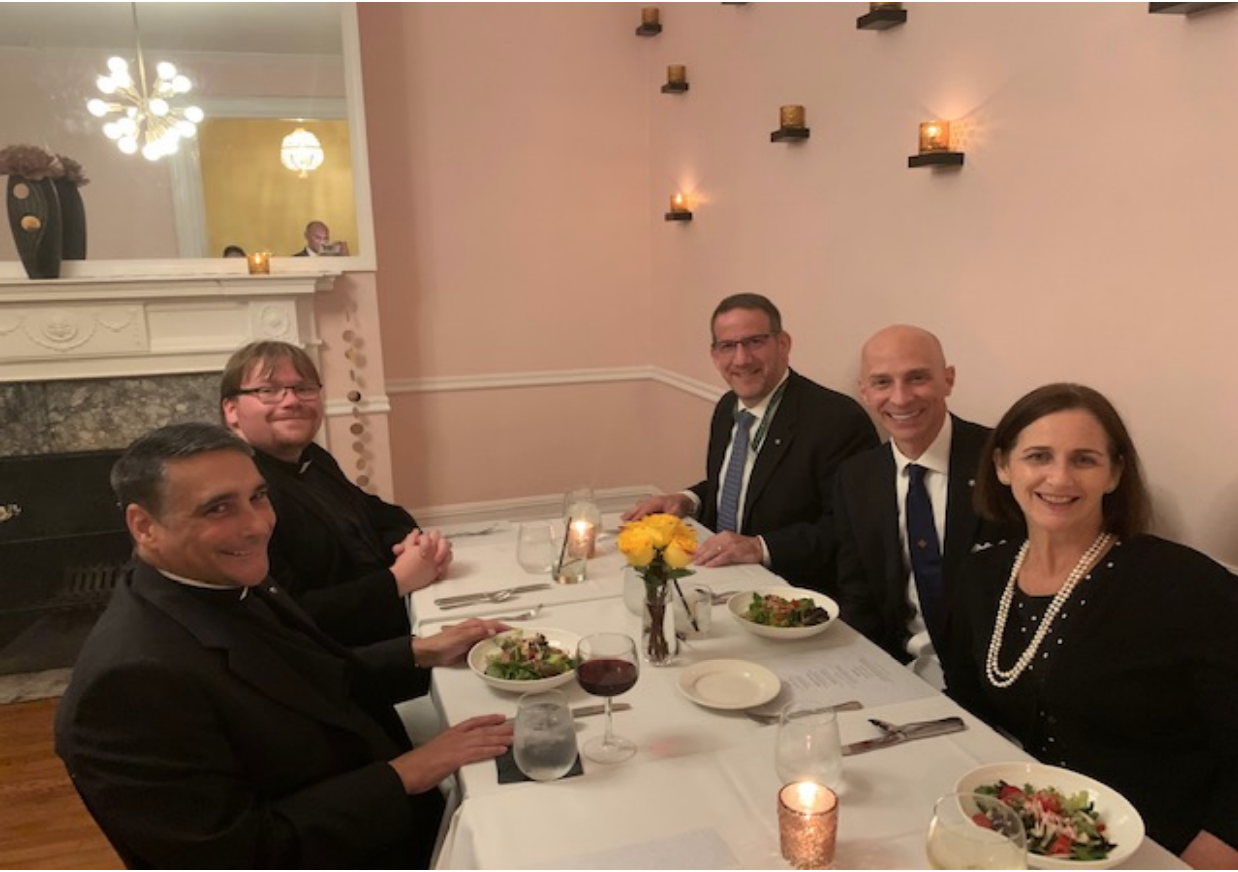 The Royal Commission of the United States extends its deep appreciation to the following persons whose superb efforts and attention to detail made our evening an outstanding success: to our Chaplain Father Mullins for a most beautiful and excellent Mass; to Mr. and Mrs. Stephen Higgins for the photographs taken this evening and the superb dinner that followed; and to our Vice Grand-Chancellor Guy Stair Sainty for his active and continuous support of the USA Commission.