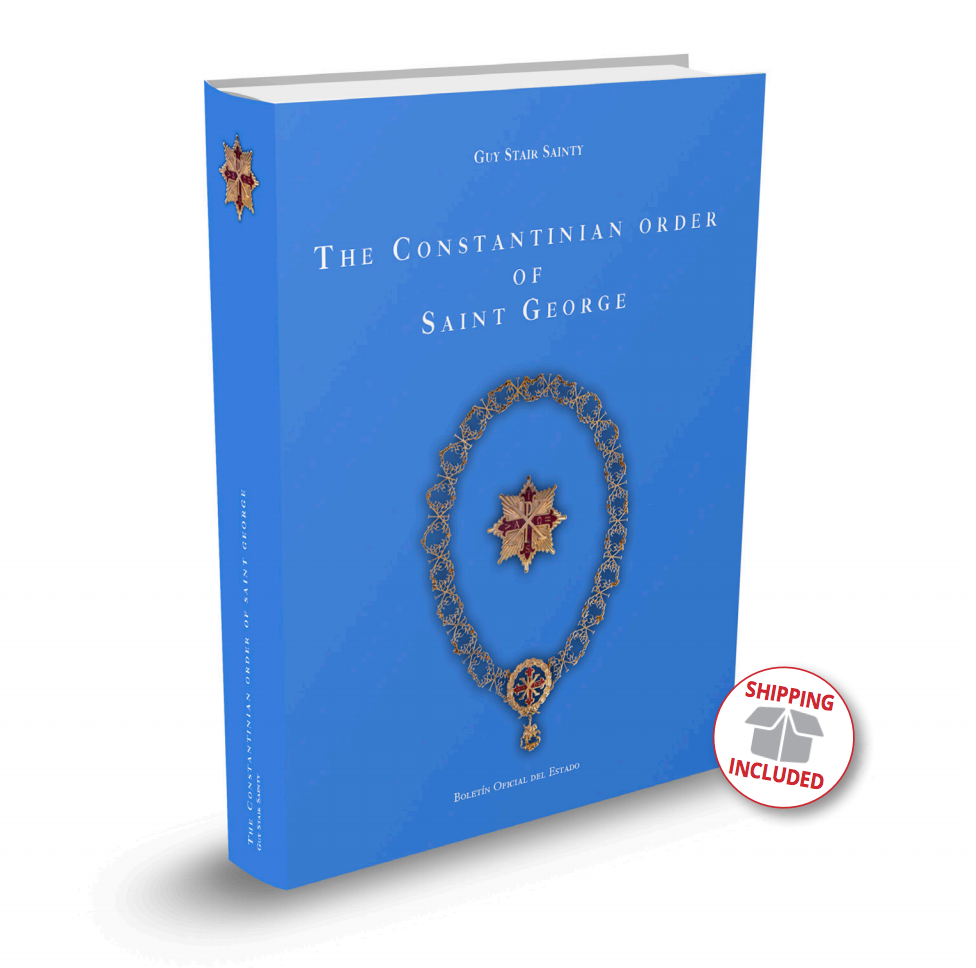 The Constantinian Order and the Boletín Oficial del Estado are pleased to announce the publication of The Constantinian Order of Saint George and the Angeli Farnese and Bourbon families which governed it, by Guy Stair Sainty. This is the most comprehensive history of the Order from its foundation to the present, including an examination of the conversion of Constantine, the complex relationships between Balkan dynasties, and the expansion of the Order in the late 16th and 17th centuries until its acquisition by the Farnese. The passage of the Gran Mastership from the Farnese to the Bourbons and the subsequent succession within the Bourbon family is examined in detail with many hitherto unpublished documents. The book includes more than 300 images, and the Appendix some key historic texts as well as related essays. There is a detailed bibliography and index of names