Ceremony in Innsbruck – Royal Commission of Austria and Liechtenstein 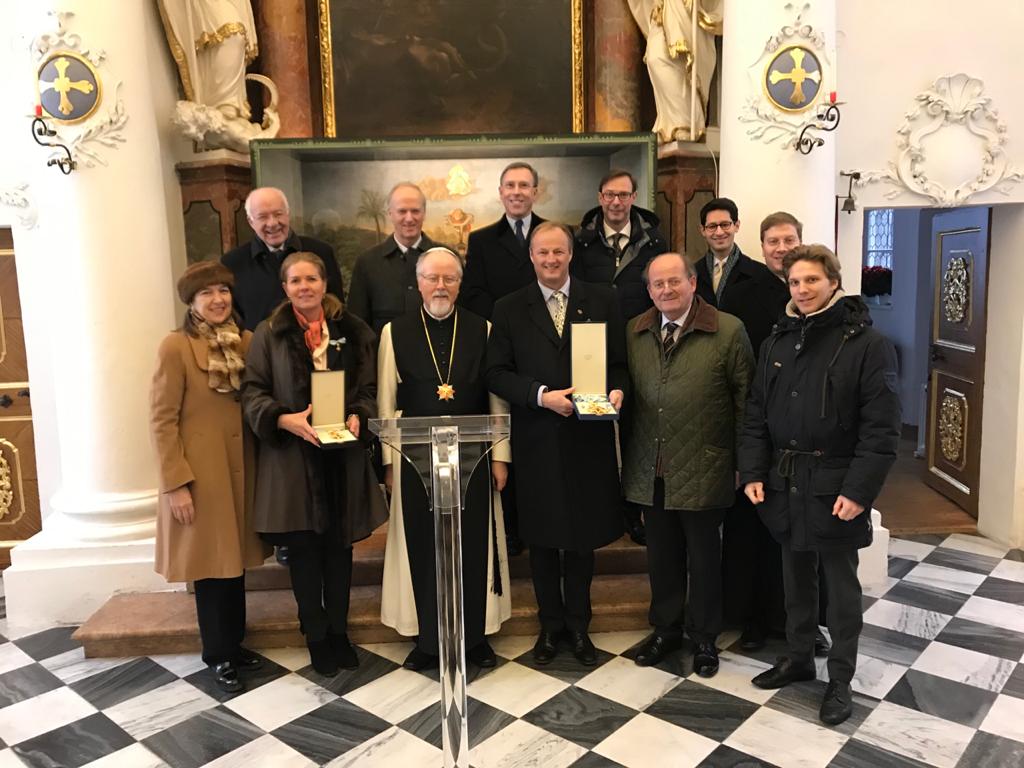 During a solemn ceremony in Tyrol (Austria) in January 2020, the Order’s President of Austria and Liechtenstein, H.I.R.H. Archduke Simeon of Austria, admitted two new members into the Sacred Military Constantinian Order of Saint George. The ceremony was held during a mass celebrated by the Right Reverend German Erd OSB, the Abbot of Stams Abbey in Tyrol, in the 18th century chapel of the old Tyrolean State House (Landhaus) in Innsbruck. This chapel’s patrocinium is dedicated to St. George, embodying Tyrol’s bond to its former patron-saint. In his sermon, Right Reverend German Erd reminded the attendants how the virtues of Saint George could guide each of us throughout all domains of life.

After the mass, the President of the local State Diet invited all members of the Order and their families to a joint lunch.

Celebrating the investiture in Innsbruck, the capital of Tyrol, has become a valuable tradition of the Order’s presence in Austria and Liechtenstein. Tyrol’s dedication to Saint George is particularly significant for this connection. The Royal Commission has been supporting the education of clergyman in developing countries over many years in order to strengthen those who preach the gospels and proclaim the Good News to all. The small community of the Order in Austria and Liechtenstein has grown in the past years such that it is now increasingly able to make a significant contribution to Catholic and Apostolic values and virtues. The admission of two new members indicates that there is still a vivid demand to lead a life based on Catholic values within a widely secularized epoch.