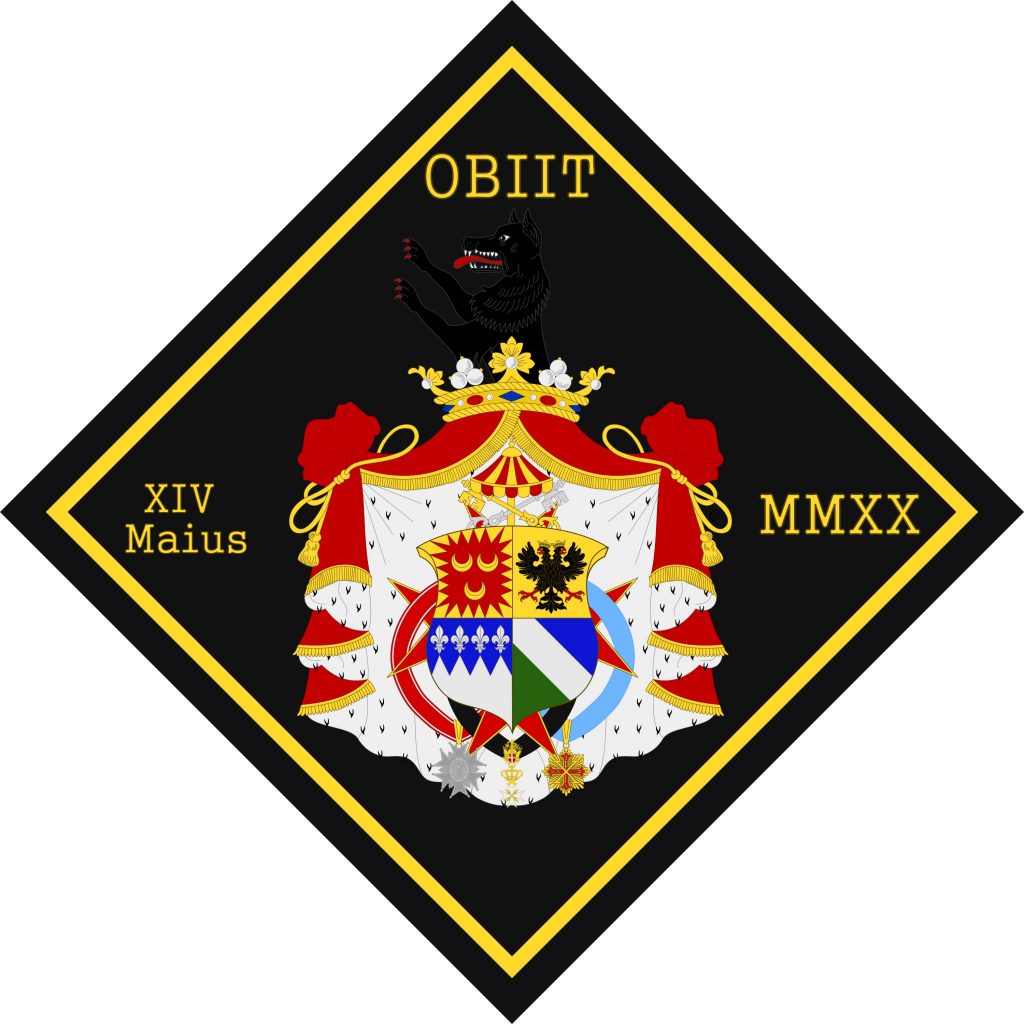 We regret to announce the death of Marchese Domenico Serlupi Crescenzi Ottoboni, Count of Ongran, Roman Patrician, Grand Cross of Justice, Dr of laws, and former member of the Royal Deputation,  who departed this life on 14 May at the age of eighty. Marchese Domenico was born in Florence, the son of Marchese Giuseppe (1907-1976) and Donna Anna Maria dei principi Borghese, and was admitted as a knight of justice of the Order in 1966, and promoted to grand cross in 1996, when he was appointed to the Royal Deputation. He not only served the Constantinian Order but was a dedicated supported of the Grand Ducal House of Tuscany, being Grand Conservator and Vice-Grand Chancellor of the Tuscan Order of Santo Stefano and Grand Chancellor of the Tuscan Order of San Giuseppe, and was a knight of Honour and Devotion of the Sovereign Military Order of Malta. He is succeeded as representative of this branch of the Serlupi family and of the ancient house of Ottoboni, Dukes of Fiano, by his brother, Marchese Francesco, a knight of justice of the Order.